If infringement is involved, please contact us to delete it.

Hello everyone, I am the art of the dragon fantasy, Chaser, holding the brush from a small hand, and obsessing the game. Slightly social fear, the Dragon developed a member.

The reason why I wrote this art angle (in fact, I was never good at writing) is because the students of the project suddenly called: "The player raised a lot of questions, I want to know how to do the art." "No need." "Oh," "Okay..."

Beijing's August fire, "Dragon Fantasy" was put on the line as scheduled after three years of polishing, as a member of the participation, watching this game from scratch, from the scrapped piles of mountains to the game world now presented to everyone A little bit mixed. There are still a lot of places that have not been perfected. I just want to say thank you. Thank you for choosing to join the dragon world. Many details are not well-known, but we will continue to polish in the future to make the dragon world a better place. After all, game development has never stopped after going online.

Style: young, both for memories and for the moment. Is changing with the times

Since talking about art, the question that is most asked is: How is the dragon art style determined? Everyone knows that the game's worldview "Dragon" novel is a youth fantasy. Everyone's youth fantasy is different. What kind of style can restore everyone's understanding of youth? Frankly speaking, this is a very painful process.

Recalling the initial intention of the project, a concept made the whole team reach a high consensus: If the tone of the dragon's overall game is youth fantasy, then the dragon's artistic style hope can be interpreted from the trend and the reconstruction of modern technology culture.

The art we hope to present is highly integrated with the world of young people. 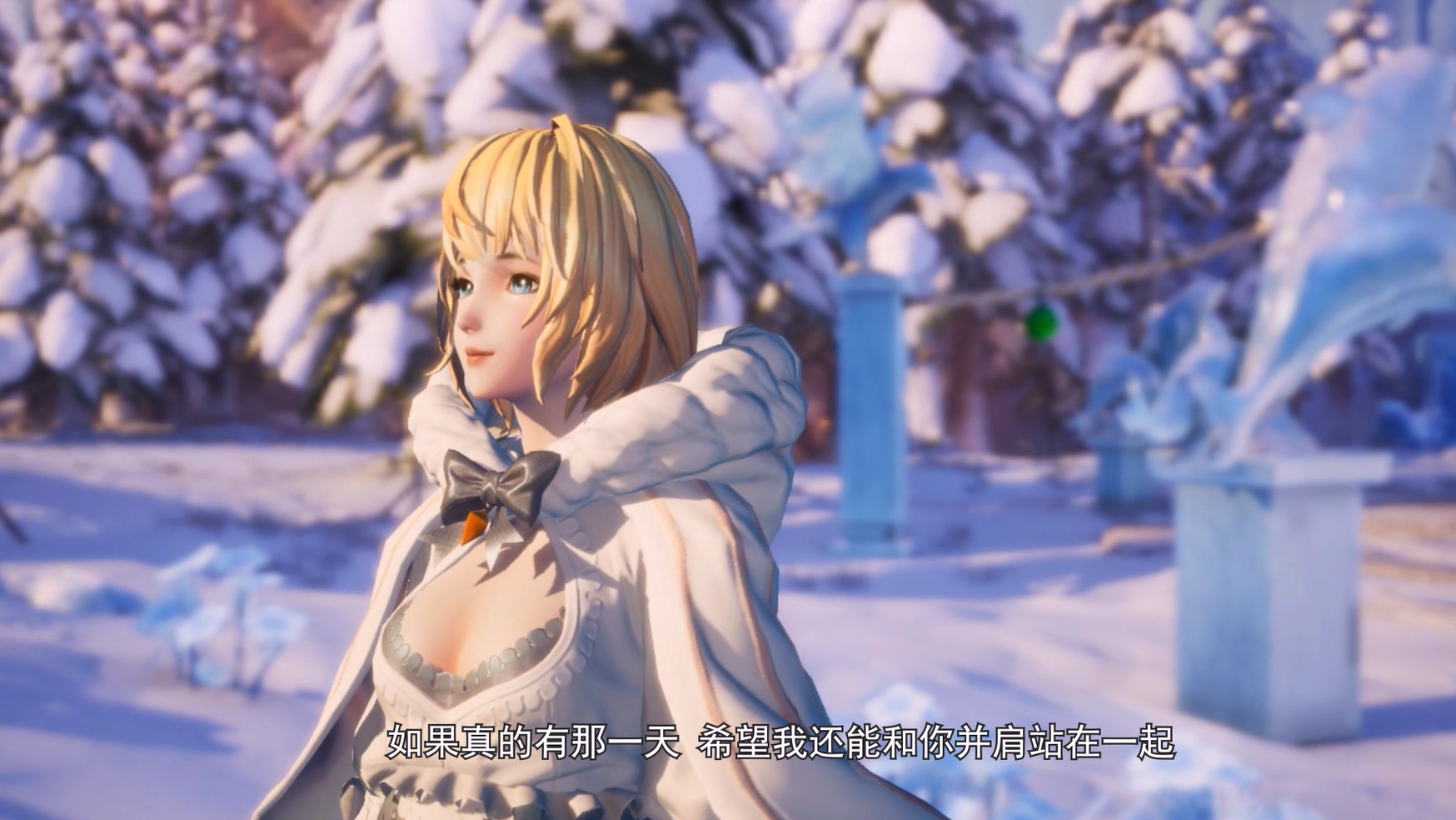 [The words of Renata have always impressed me]

In today's fast-paced life, young people get faster and more diverse information about fashion culture (fashion information, clothing mix, secondary culture, dance, daily life) than before. This is like the summer of the band, which is very burning this year. Many of them are young after 70s. But the youth of 80, 90 and even 00 have already merged into more technological art, which is like the transformation of Beatles to Alanwalker. With the development of the economy, more and more fusion cultures have entered our modern society in different forms. This is a historical development trend.

So in the whole process of project production, we remind ourselves two things at all times: What do young people like? What do we want to express? Both are indispensable and merge into each other's current design.

There are 5 Ts in the scrap draft. I hope that players will be willing to take a walk in the world of the dragons when they are relaxing.

When the style is determined, the first step in building the world is to return to the dragon's worldview itself. In fact, many players in the dragon novels have seen the scenes in the novel, the span of the scene is very large, from Siberia to the Kassel Academy in the United States, to the traditional Japanese snakes and eight modern and modern Tokyo, etc. At that time, we hope to reconstruct the product of the rapid change of culture in these scenes, just like the world we are developing in reality, and at the same time create a world where players are familiar and full of fantasy. 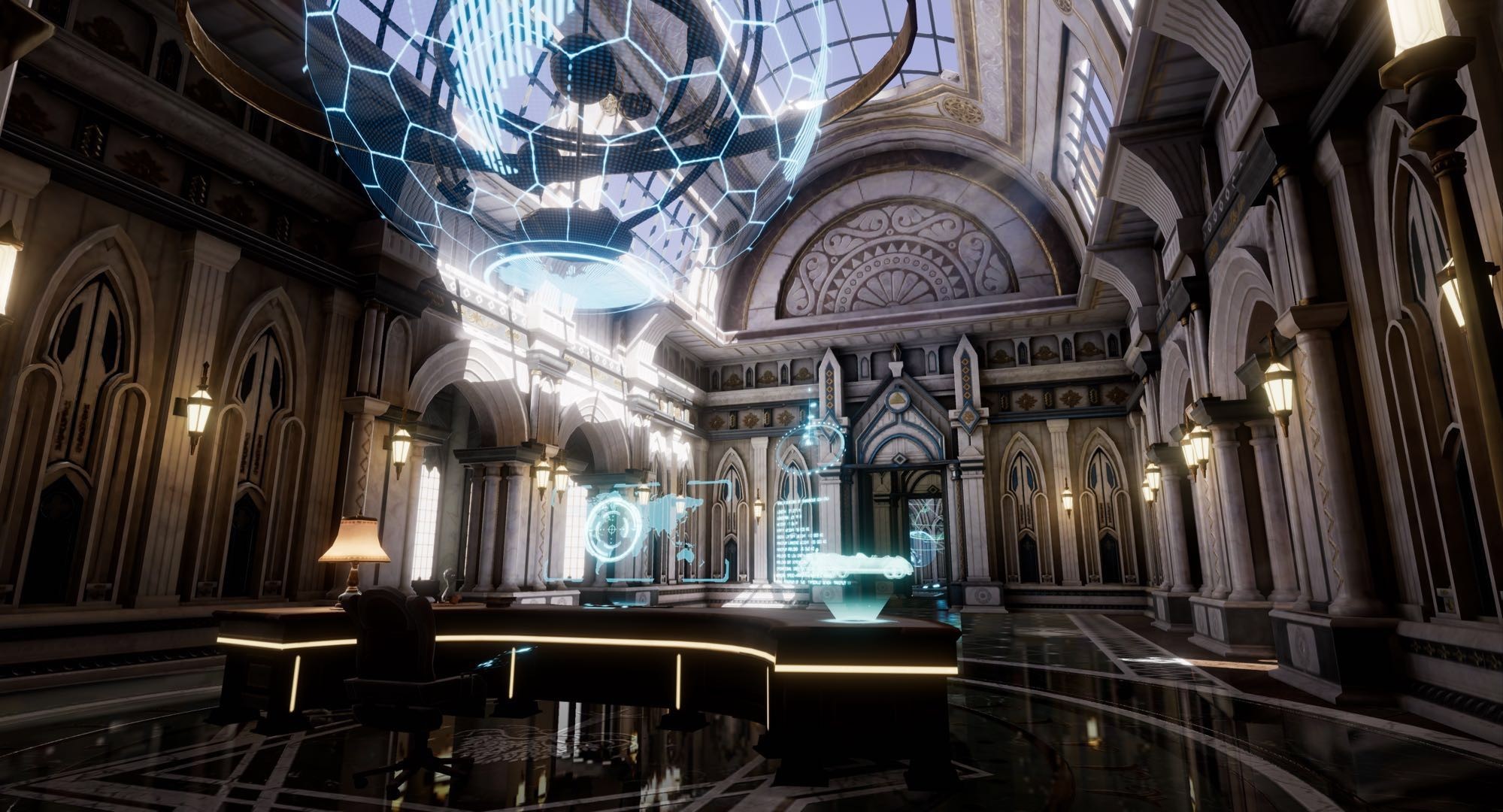 Of course, the creation of the cut-off is not a smooth sailing, and there have been frequent discussions with producers, planners and even Jiangnan. Regardless of the style of the building when the original scene was restored (for example, the choice of the snakes and the eight we finally chose to refer to Kyoto, Kassel Academy is more biased towards the European manor), or the placement of the details are strictly handled, of course. The most important thing is the design of the key IP role models (nearly one-third of the scraps are related to people), and we will be in the chattering discussion, the whole picture of the dragon fantasy world. Outlined it. 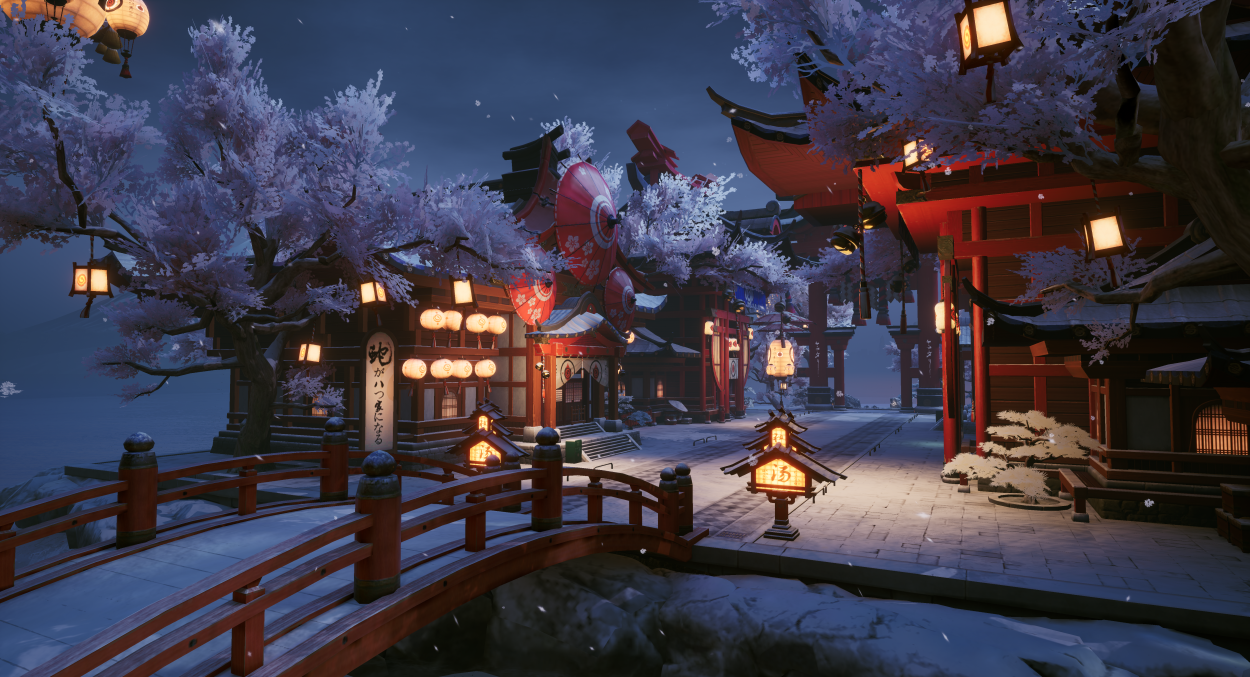 With the development of science and technology, more and more high-tech products have been integrated into our lives, just like smart touch-screen mobile phones, VR, AR, electric cars, touch-screen computers, holographic projection technology, and the rapid product of these cultures is everywhere. Therefore, in the world view of the dragons, we have reconstructed the whole world in combination with the current development trend of science and technology: we have retained the familiar structure of traditional architectural forms, urban planning, but in-depth design of all the products of cultural change, and two The people are fused together. I hope to restore a world of fantastic colors and give players a refreshing feeling.

[The corner of Kassel College]

In the design of the characters, we have designed based on modern costumes, which must conform to the image design of those classic characters, but also to meet the unity of the world view of the game style. Although it is because of personal interests (the biggest interest in leisure time is photography and browsing clothing magazines), it is quite involved in fashion photography, but despite this, we have collected a lot of fashion street shoots for this project. The information of the brand name SHOW, even went to the prosperous business district to observe the trend of the tide men and women, to understand the preferences of the young people, and to design a fashion suitable for all types of players. Let us declare that we are not soiled, we just have no time tide XD 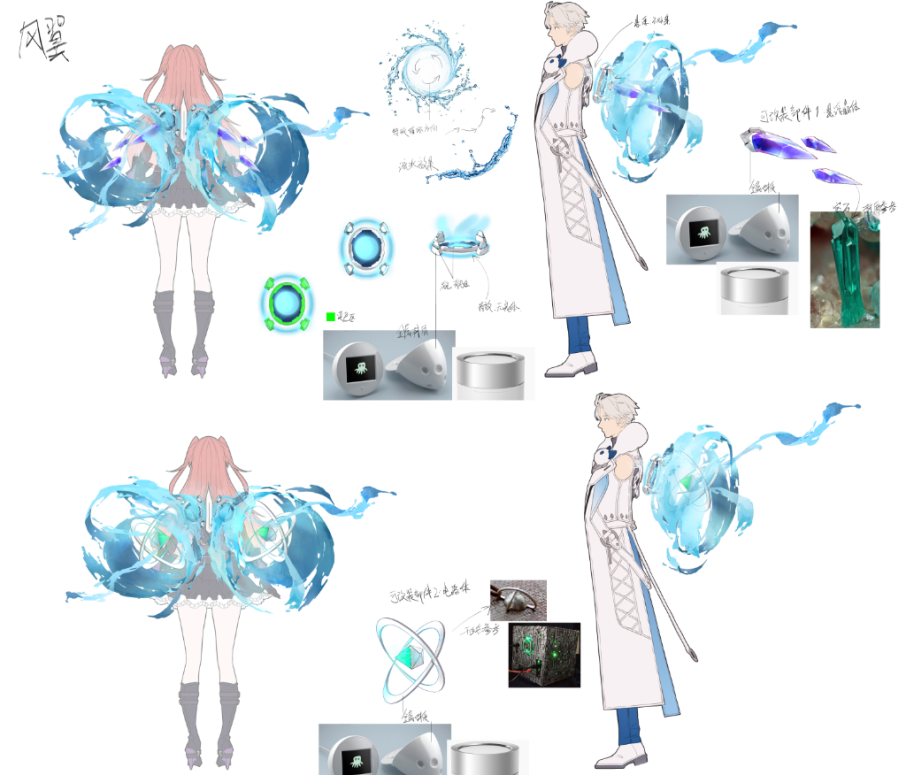 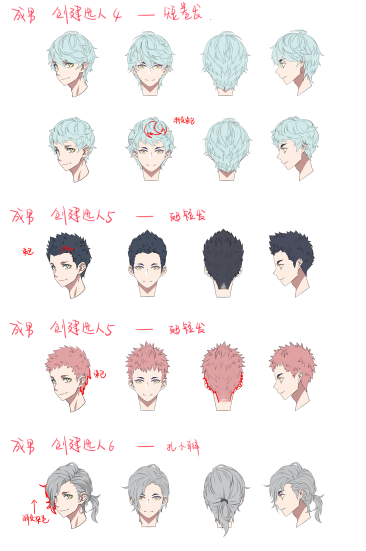 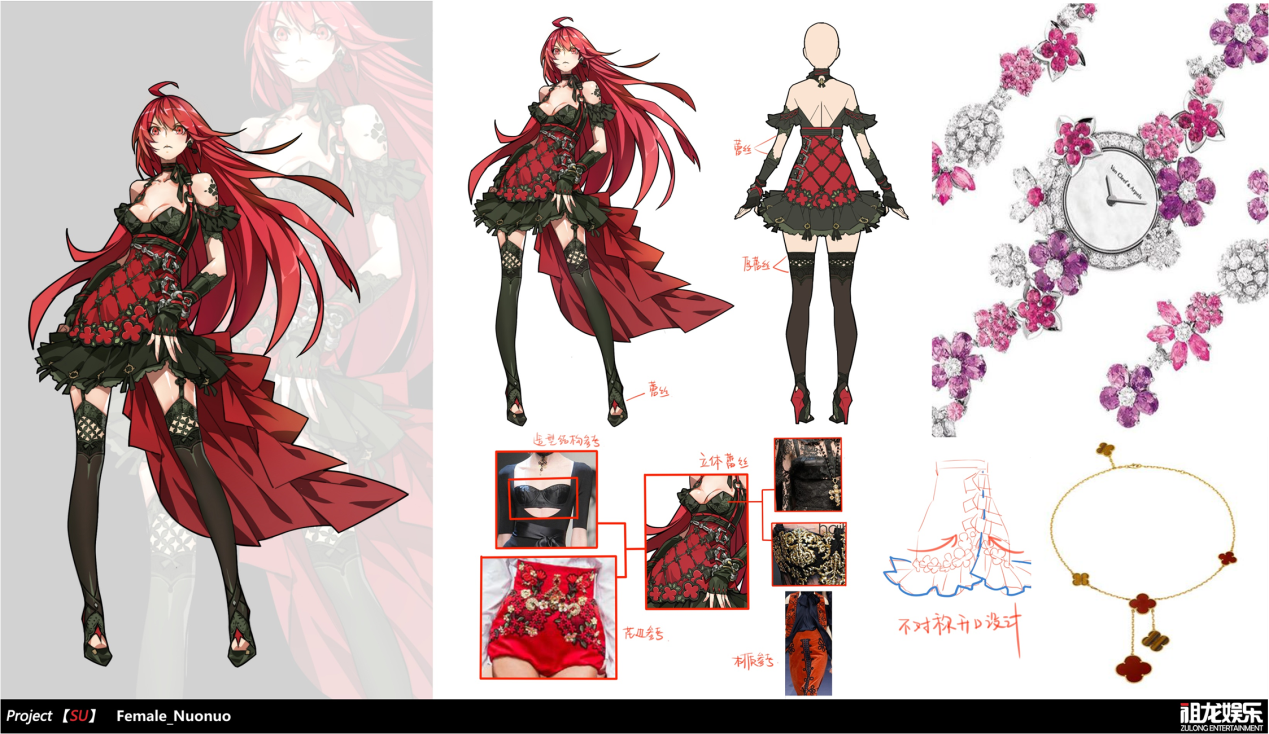 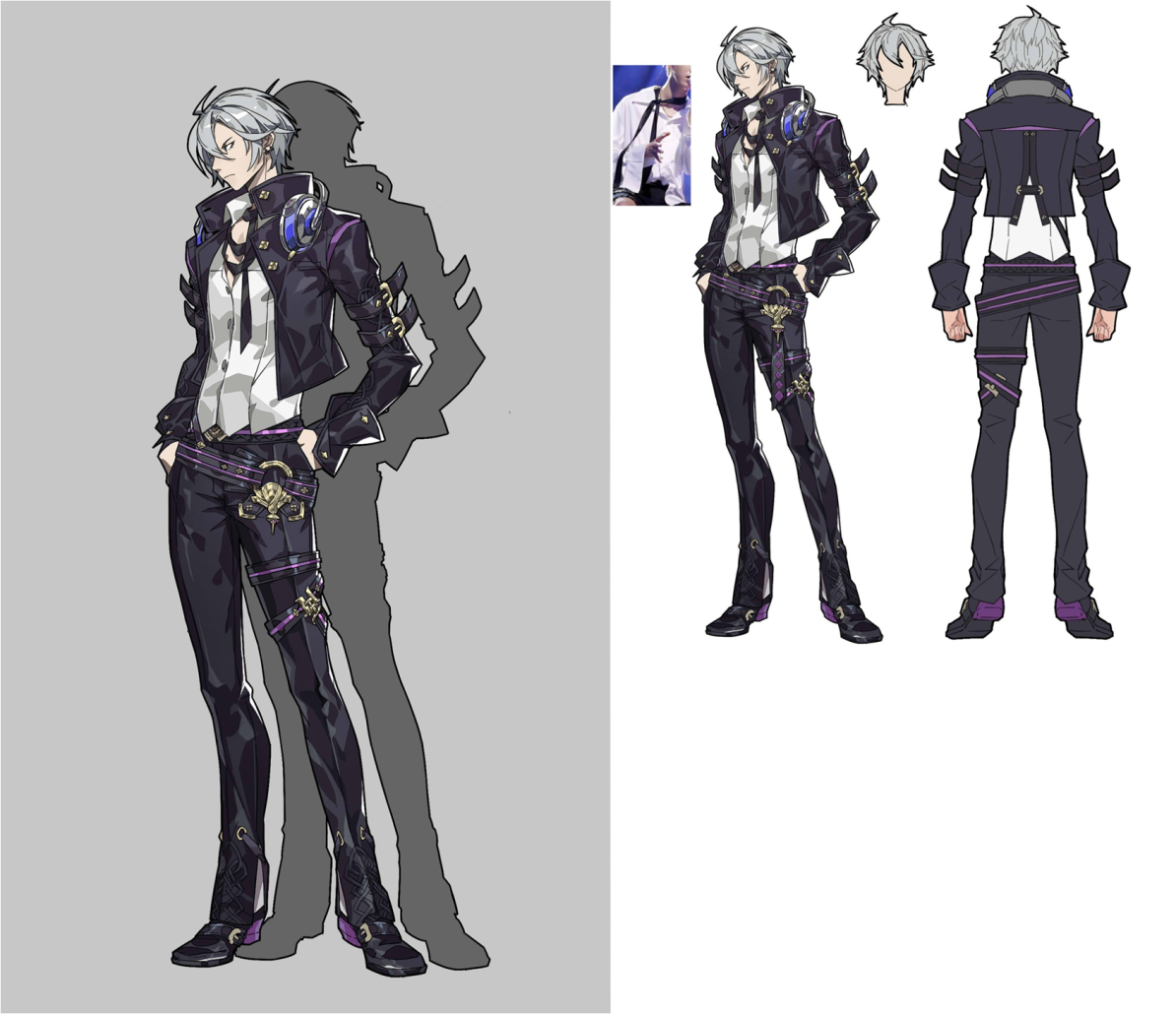 In the world view of the dragons, the fatal struggle between the hybrids and the dragons has lasted for thousands of years under the shadow of human civilization. The innate ancestry and spirit of dragons and mixed races give them powerful abilities such as freezing time and space and summoning fire. In this long history of technological evolution, humans have also mastered a series of black technologies. Ancient alchemy civilization and modern science and technology collided with brilliant sparks, and the product is the weapon of alchemy technology. 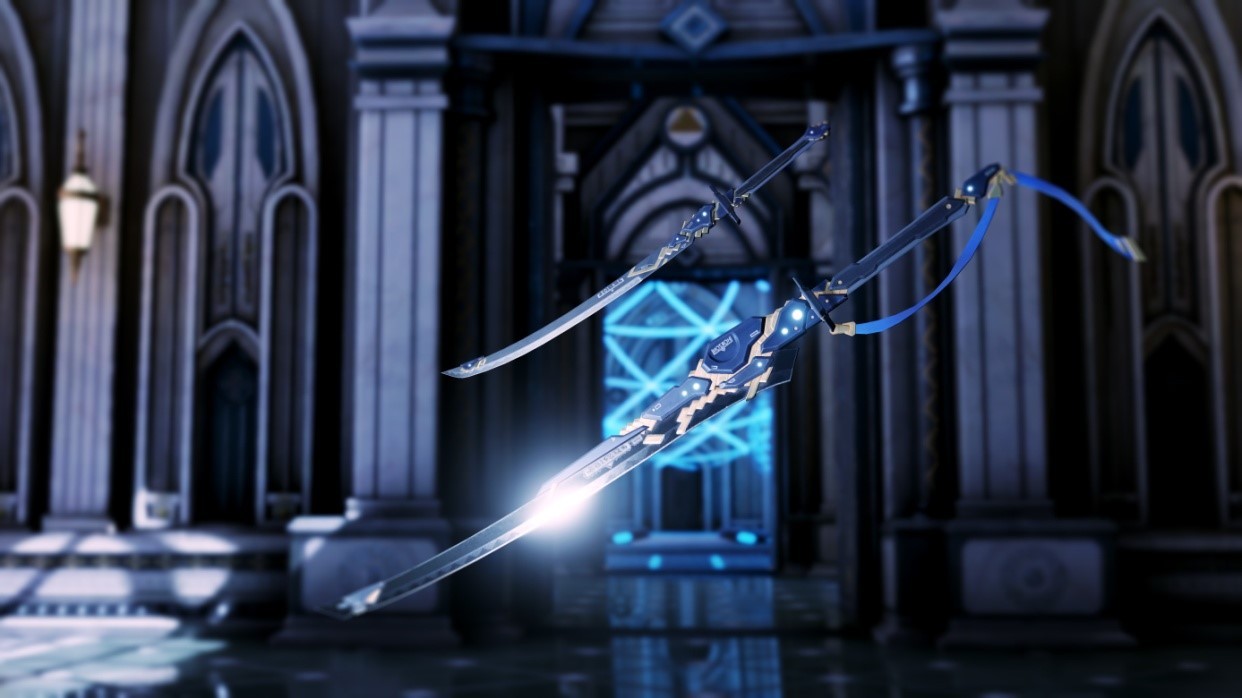 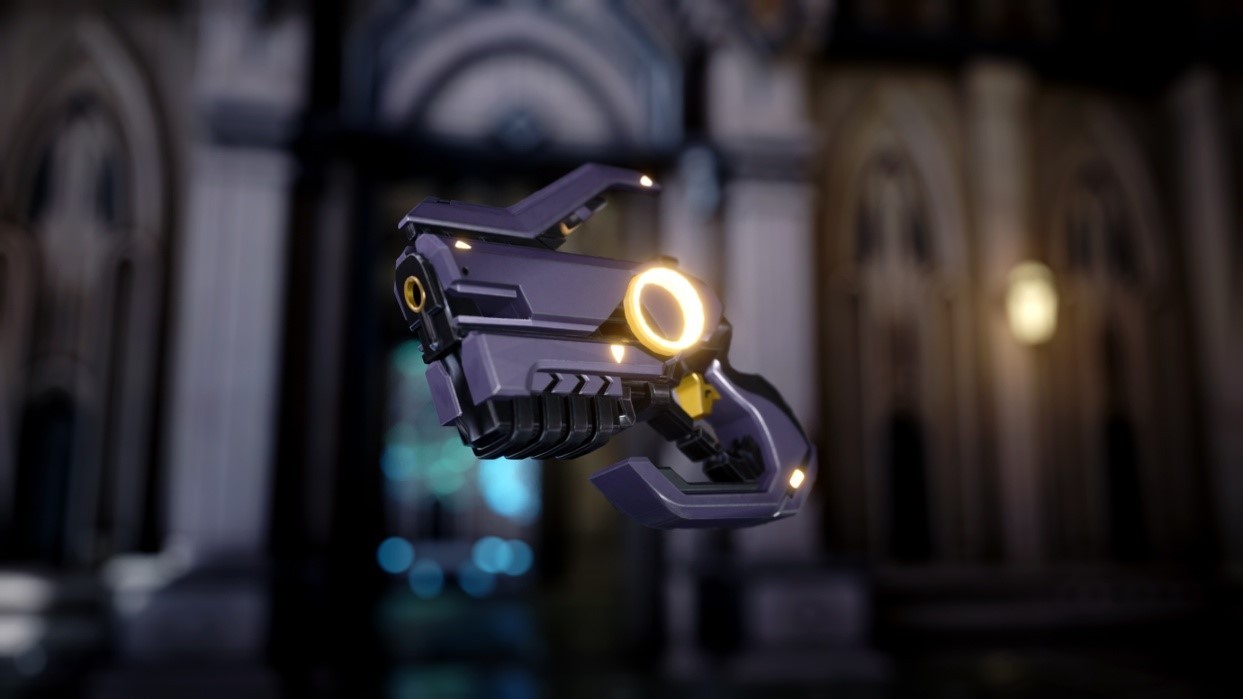 [A series of alchemy black technology in the original equipment department]

The mount is also based on the principle of the front. We are divided into three types of mounts for design. One is a near-real mount, which is based on the reality of the base, such as motorcycles, sports cars, etc., better storytelling and scenes. Convergence, coordination, and giving players a true, immersive experience. One type is a fantasy mount, such as a magic balloon, a dragon-shaped aircraft, and the like. This type of mount can satisfy and enrich the player's imagination of magic and technology, and enhance the fantasy of the overall game. There is also a kind of personalized, fun-like mounts, such as aunts and carts, to provide players with a more fun and fun travel experience. 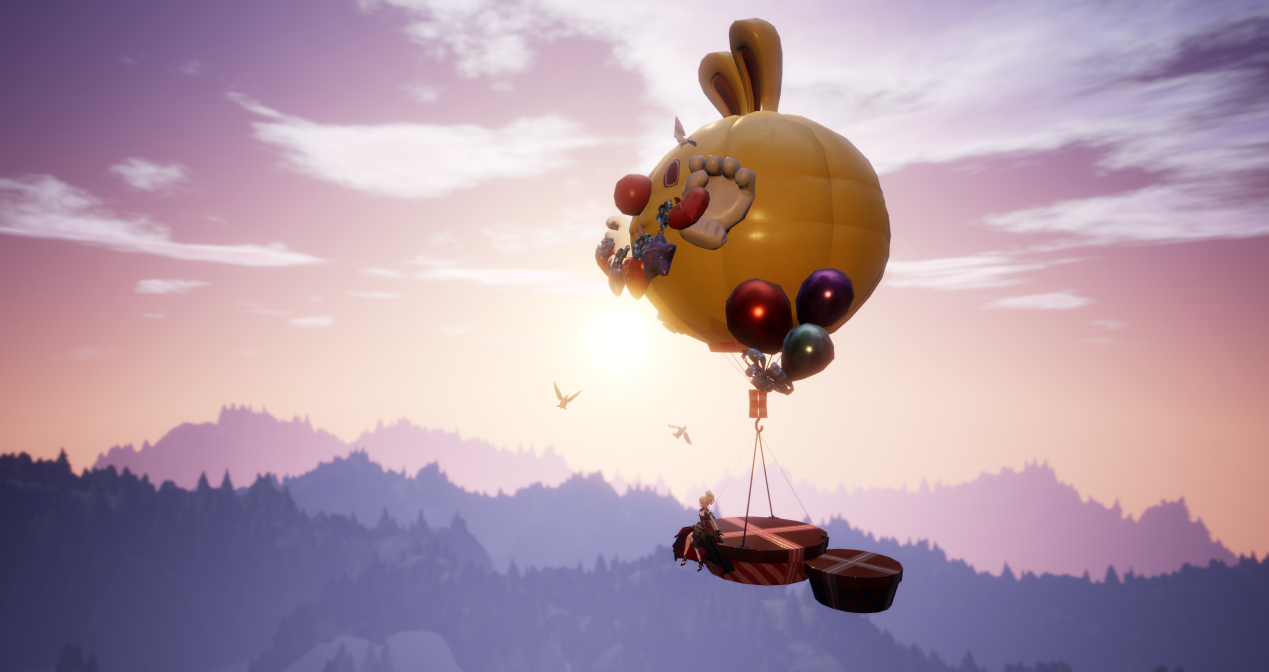 [It’s not a romance to travel by hot air balloon]

In the specific design, we look through the motorcycle or real-life motorcycle reference drawing that has learned a lot of industrial concept design. Based on these, we will have dozens of different design drafts for each car in the game. The advanced concepts contained in these images are invaluable treasures for us or for those who follow the relevant design. In the words of Newton, "I see it far because I stand on the shoulders of giants." And taking into account the player's degree of freedom and personalization, we can dye different parts of the car, such as all black motorcycles, silver and black sports cars. 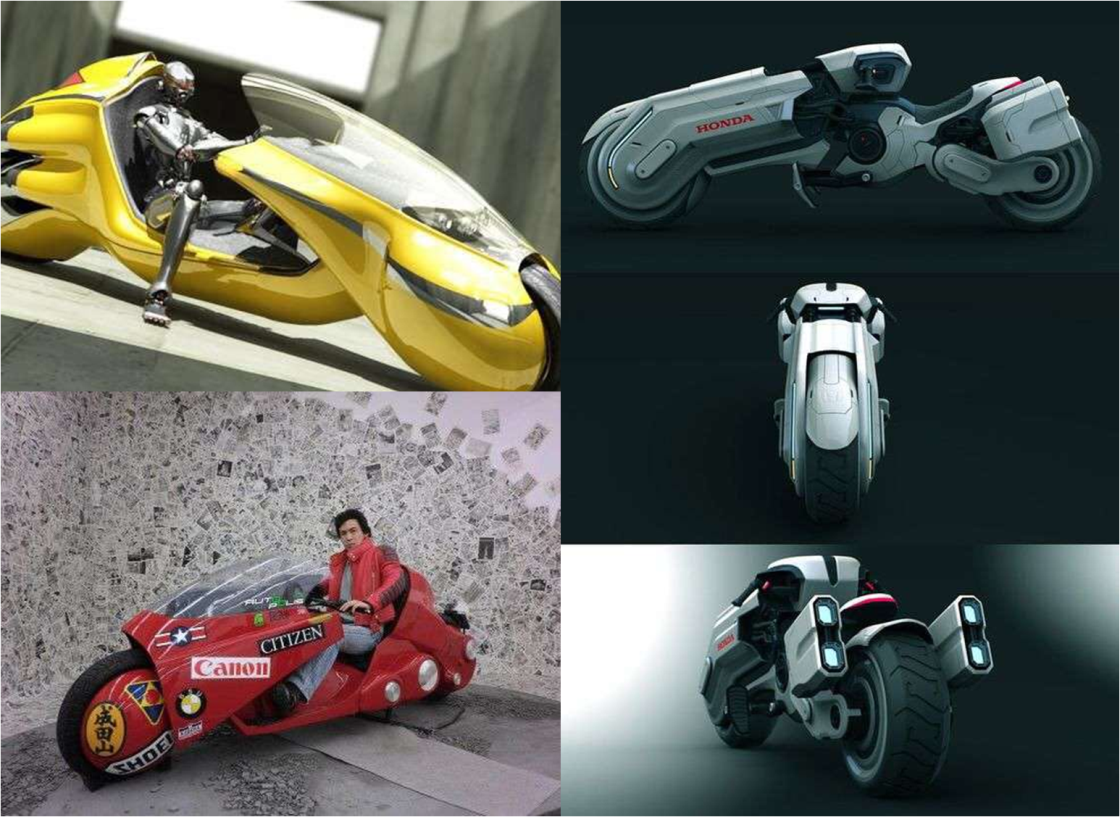 [Conceptual diagram of some motorcycles in industrial design] 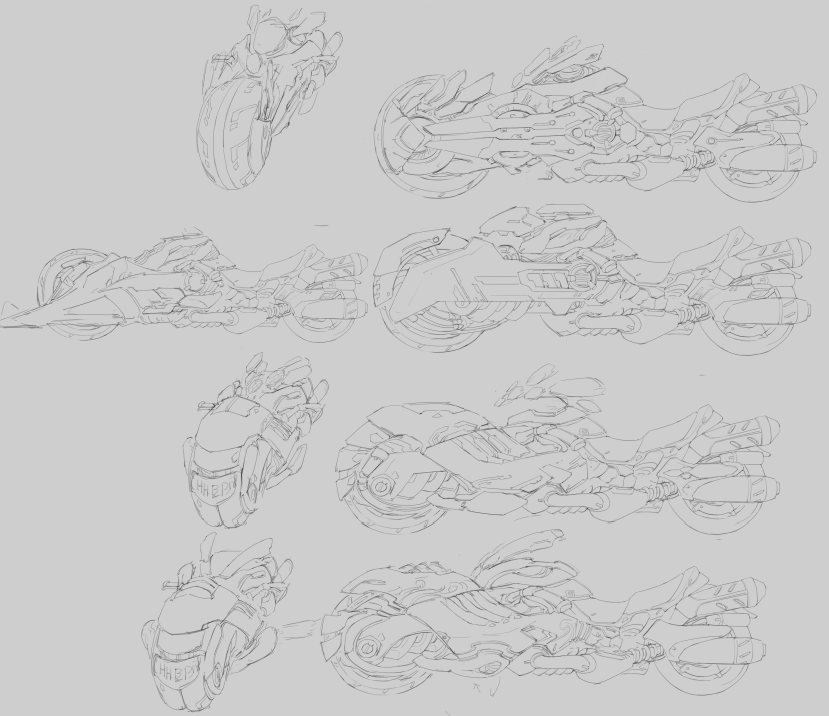 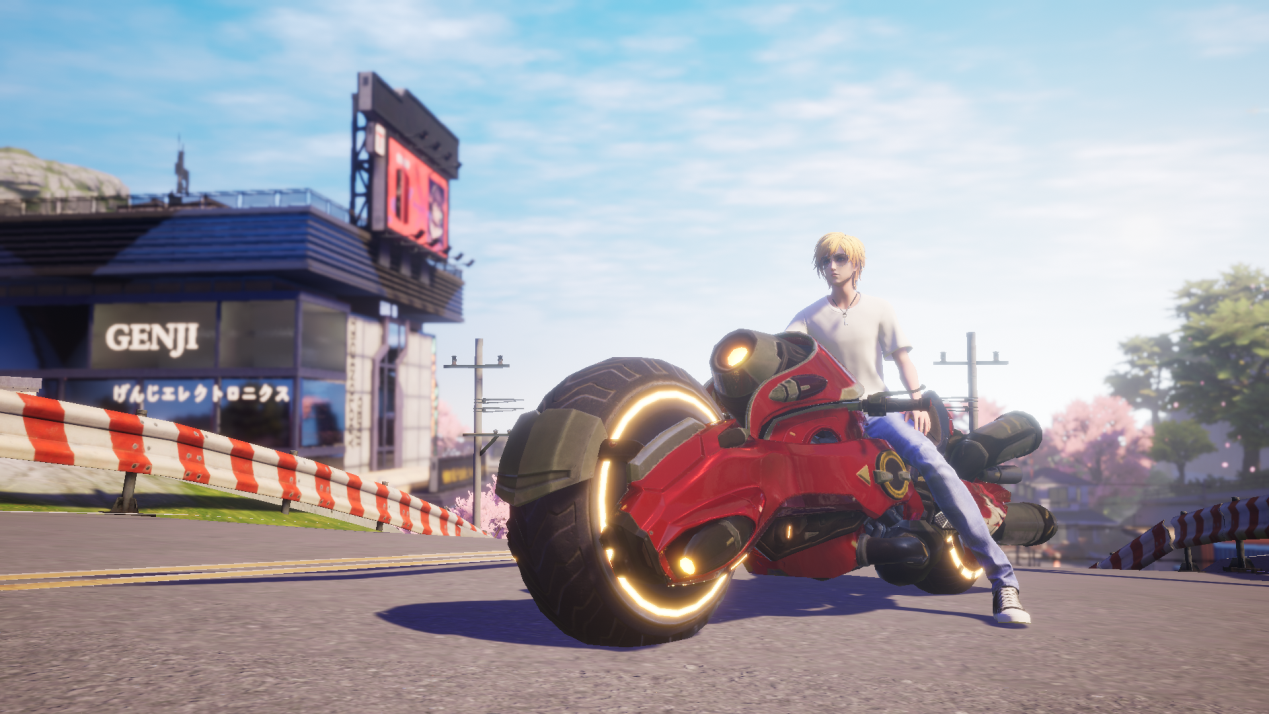 [Motorcycle in the game] 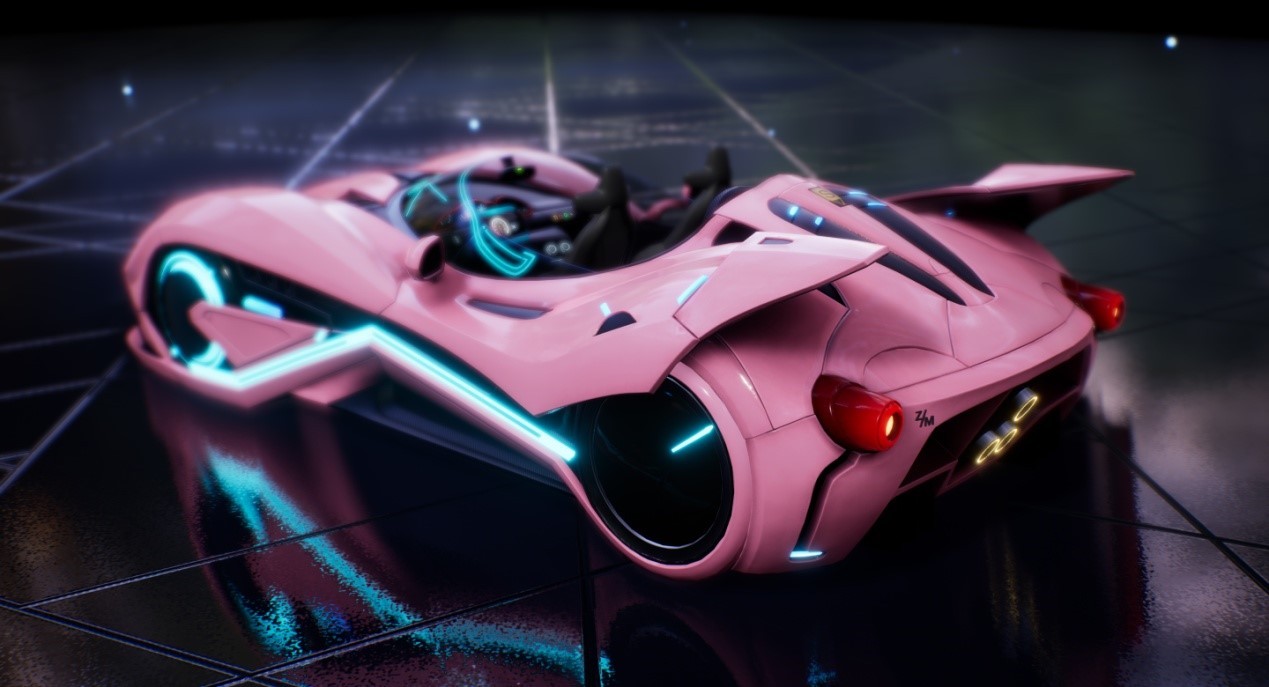 [A sports car designed by a female artist]

In fact, I grew up playing console games. I am a gamer and a discerning player, so I hope that I can achieve a world that players like.

It's like when a child plays a game every time and is caught by his parents. They will be more sure that the game is a slack performance: "I know that playing games, I can't even find a job in the future!" - so it is even more determined today. I. I hope that I can restore the real art world of the game like anime and movies, so that players can experience entertainment and gain something. Therefore, being able to join the "Dragon Fantasy" project team is one of the happiest things I have been in for more than 30 years. We are actually more greedy, hoping to create a mobile game that does not lose on the pc side, hoping to truly open the world, I hope that players can be in the world of the dragon, in every task, copy, social, you can 'indiscriminately fall into the water By the way, look at the fish'.

So in the art design, we made the greatest effort. In addition to the PBR effects, particle effects and other technologies that can be realized based on the Unreal Engine technology, one is to invite the top international artists to collaborate together, and at the same time, to present the "optical capture" of the character form.

In the process of production, we also invited some first-line art coffee to join the dragon design, such as HICHI, [MNF] [DNF] and YATO [Soul EOS]. It is our pleasure to work together. 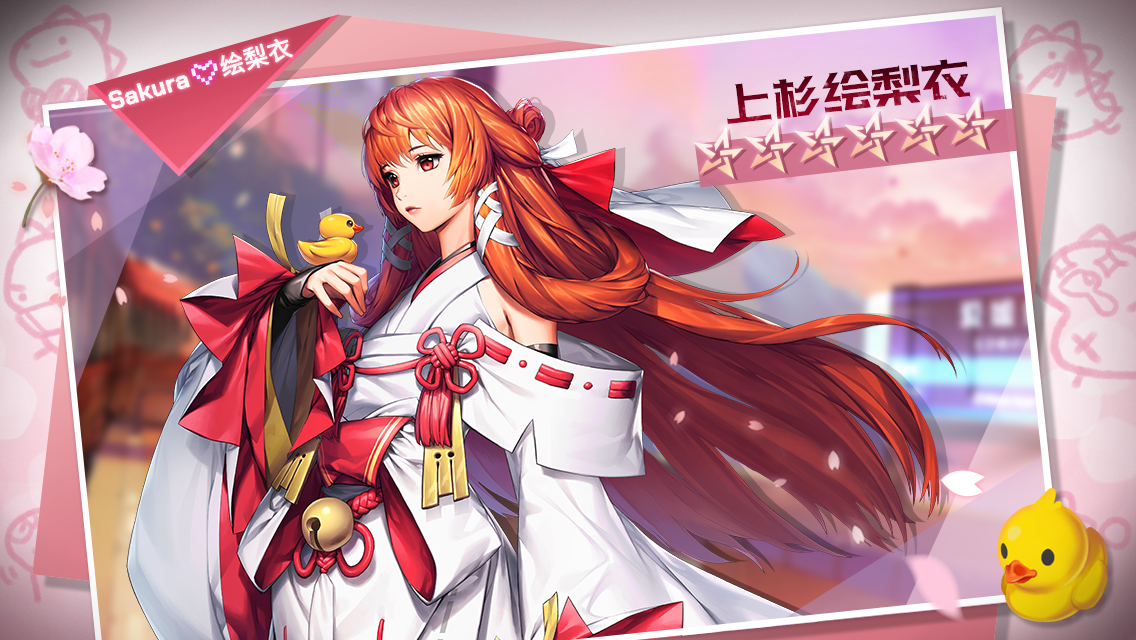 [Authentic HICHI, who participated in the production of Jianling games] 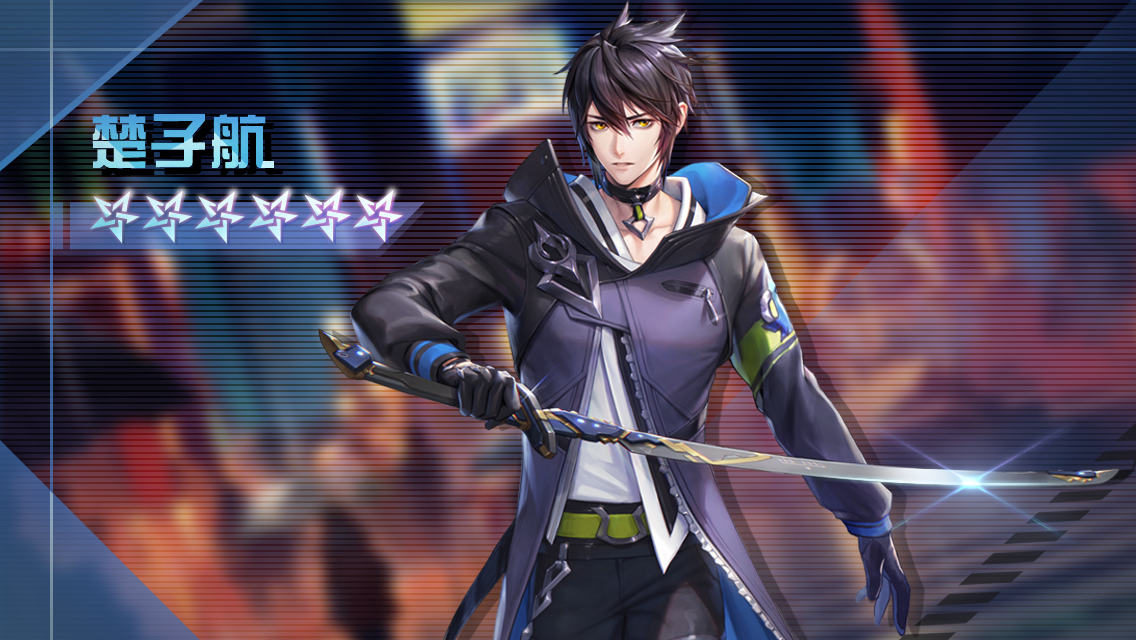 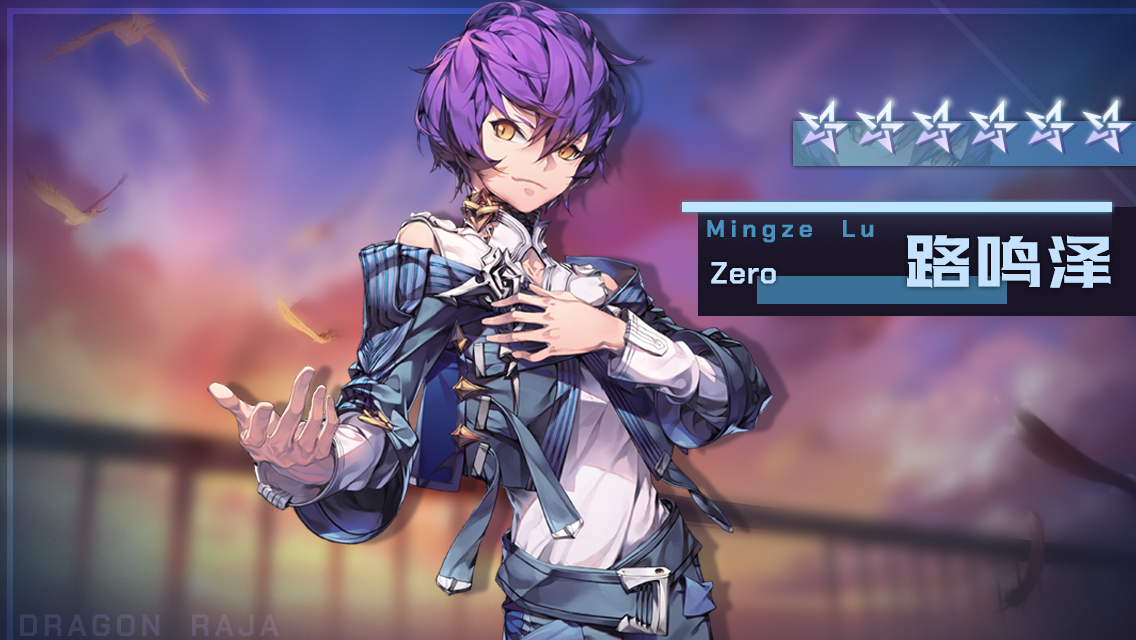 [Author YATO, who participated in the production of eos games]

In fact, technologies like "optical motion capture" sound no stranger. In foreign countries, the film and game industry has been applied and developed very early. The domestic game industry has gradually begun to use it. It is just the same technology. The degree of use is really different. We have not yet been more systematic. Accumulation, in this respect, we also deeply understand through the project development that we have a lot to learn, and there are many to accumulate. I am also grateful for the existence of many excellent games and movies, as well as the platform for spreading them, so that we can continue to broaden our horizons and indicate the direction of learning. As a game company focused on R&D, we must learn more and try more game production methods.

[We will move into the game engine]

[Fighting, daily walking and other actions are derived from motion capture technology] 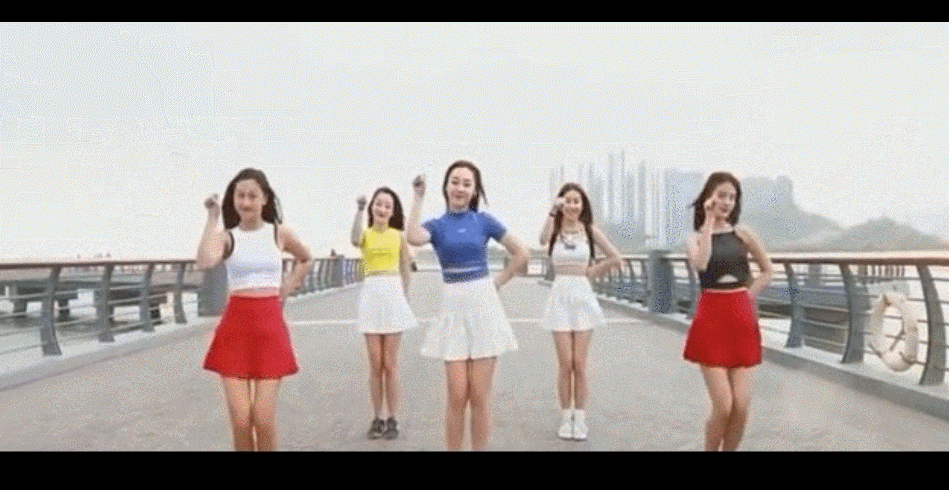 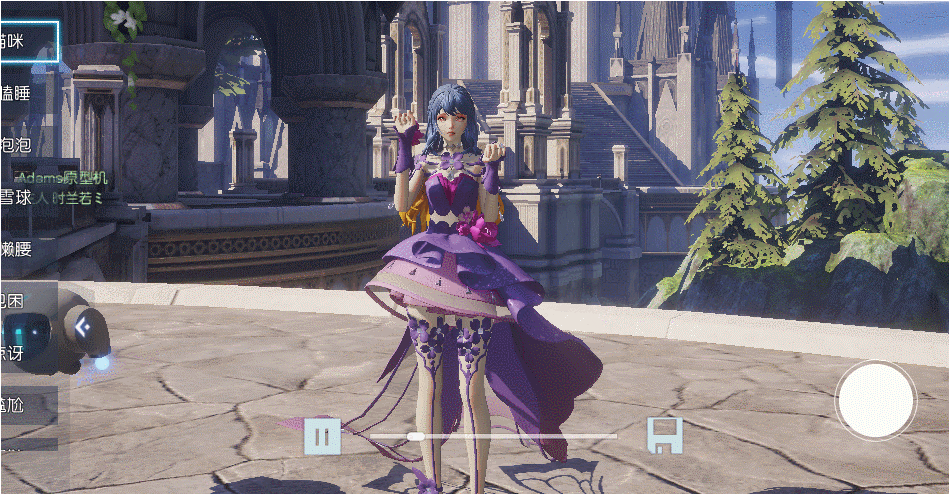 [Study on cats and movements, we also refer to quite a lot of choreographers]

When designing this animation, I hope that there will be some movements in our game that are closer to the player's life, such as "learning the cat", which has discussion and topical action design. Collected a lot of users to upload related videos and POSE,

Of course, the most famous is the FMT "learning cat" song video (smirking)

Written at the end:

I can't express every detail in a few words, and thank you for your patience to read my very oyster expression. In fact, it doesn't matter to the game practitioners. I am just a regular player, I love you as much as you are and look forward to better game works. The most fascinating part of the game is to let the people who participate in it continue to be young and bloody, no matter the player or the developer. We will continue to invest and make the world we share together more complete. 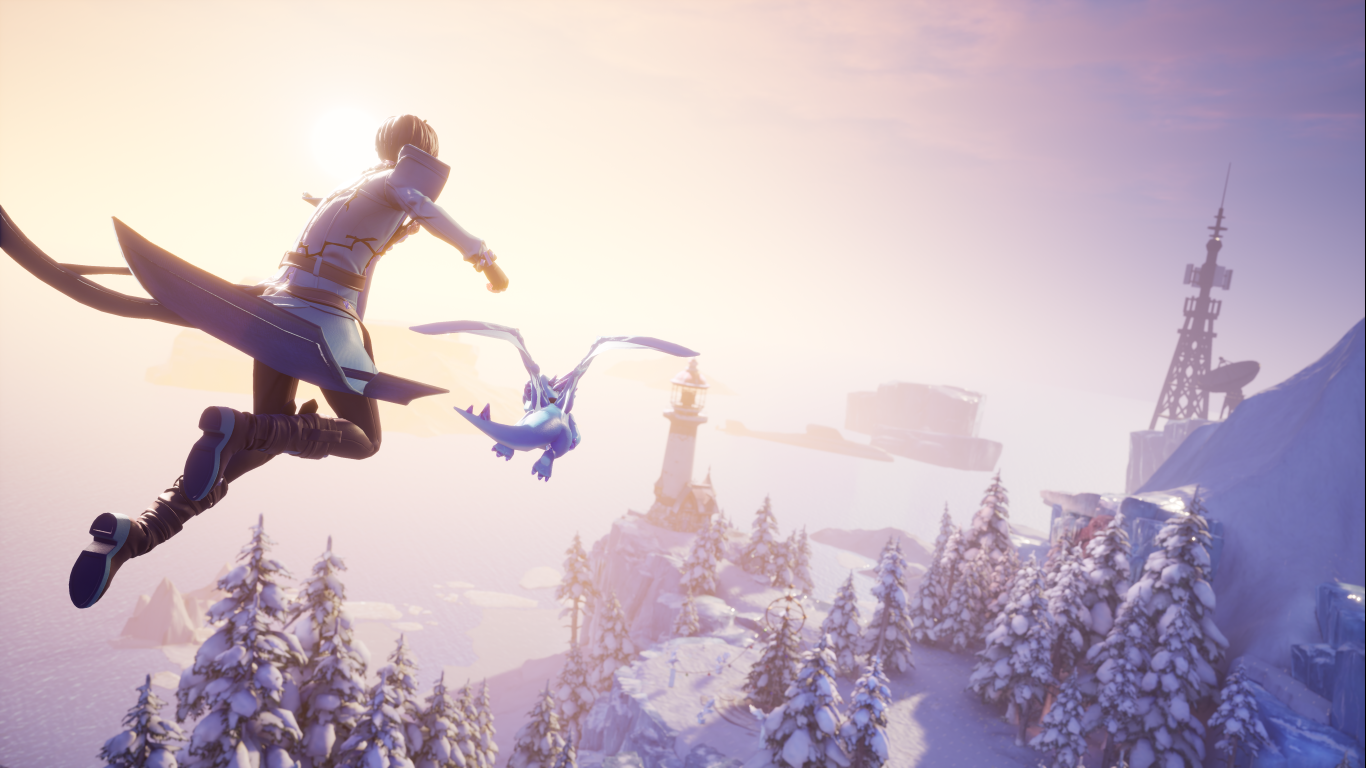 Thank you for entering this world and traveling together.