The game of power is coming

The game of power is coming

If it involves infringement, please contact us to delete.

Authorized by genuine IP, research and development of the family, Tencent agent's next-generation SLG war strategy mobile game "Power game winter is coming" officially opened today (July 10) to open the platform without deleting the file test! "The Game of Power is coming to the East" is based on the original disputes of the seven countries of Westeros. Based on the realistic art style, it restores the architecture, characters and real light and shadow atmosphere in the drama to create a film-level game experience. The grand worldview structure incorporates war strategy play, players can participate in the heart tree trial to collect plot props, unlock the original "power game" plot; can establish alliances, assemble major forces to fight Westeros continent together, Write your own power chapter! 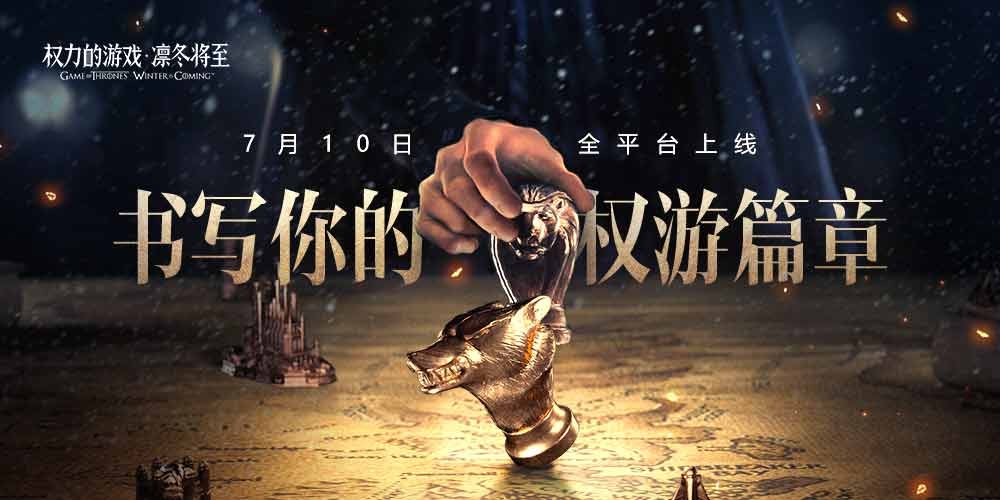 In the face of an epic IP, the R&D team is full of sincerity

Genuine authorized war strategy mobile game "power game winter is coming" research and development team, in order to allow players to fully immerse in the process of playing games, even the game's weather changes, day and night, alternating seasons and strive to be infinitely posted "Game of Thrones", so that players can enjoy the drama tension in the original drama at all times. Not only that, but the game R&D team also invited the “Game of Thrones” authorized team to participate in the supervision and personal inspection, from technical process to quality control are rare in the industry. 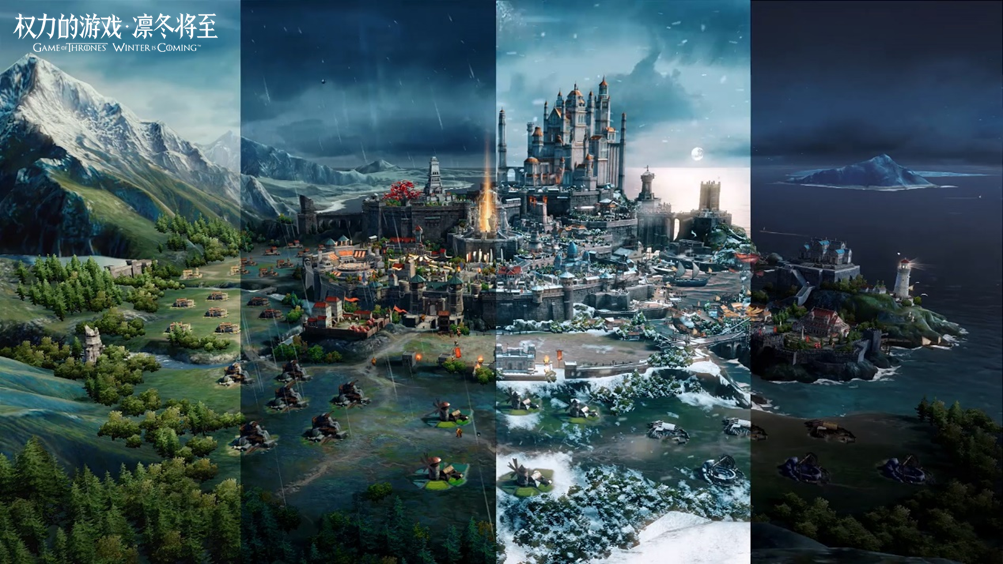 Inherited from the classic IP, highly restored to capture the original drama details

As a genuine licensed mobile game, "The Game of Power is coming to the East" has adopted a professional art team, which has been highly restored from maps, architectural scenes, characters, etc., creating a "familiarity" for the "Game of Thrones" IP fans.

In the game, the player can get a glimpse of the overall situation of the Westeros continent, and understand the powers of the major families; the distribution of several cities such as Lindongcheng, Junlincheng, and Fengbaobao follows the set in the drama, and closes The structure of the city is also no different from the drama. In pursuit of the original screen image, the production team adopts 3D high-die production technology and next-generation rendering technology to achieve intra-game climate change and day-night alternation, and simulate realistic light effects, and strive to create a real game of power. world. 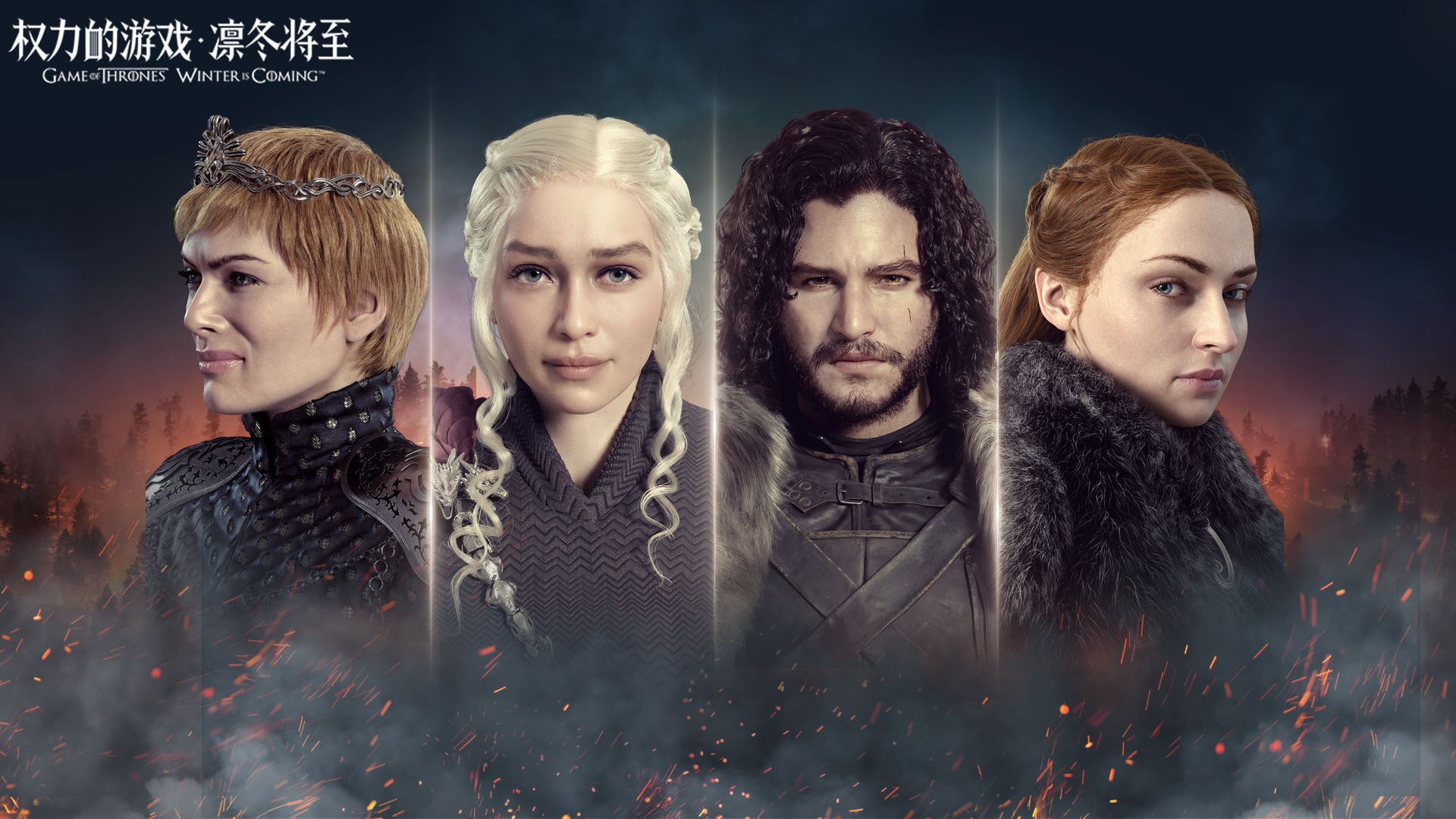 In character modeling, the production team not only retains the original drama features, but also integrates its own interpretation of IP characters. The famous characters such as Wang Jion En Snow, the mother of the dragon, Danielis Tanglelian, and the little devil Tilion Lannister are perfectly restored in the game by the next generation 3D technology, not only the body type, The costumes are consistent with the original, and the details of the characters are closely related to their current experiences and mentality. The sturdy snow, the panic, and the sorrowful sword, I believe that when players fight alongside the original characters, they will be able to recall the original journey of the drama; even those who have not touched the original drama. Through the character image, you can gain insight into the role of the character and quickly master the command.

As a mobile game with IP to follow, "The Game of Power Winter" is equipped with SLG gameplay to further show the real "Game of Thrones" world. All of this comes from the high match between SLG's gameplay and the original worldview and story system.

In order to compete for the symbol of power "Iron Throne", the nine kingdoms of the seven kingdoms of Westeros are combined in a vertical and horizontal manner, and they are intrigued by strategy and conquest, and staged epic battles several times. The world view and the grand battle scene of "Game of Thrones", and only SLG gameplay can be both. 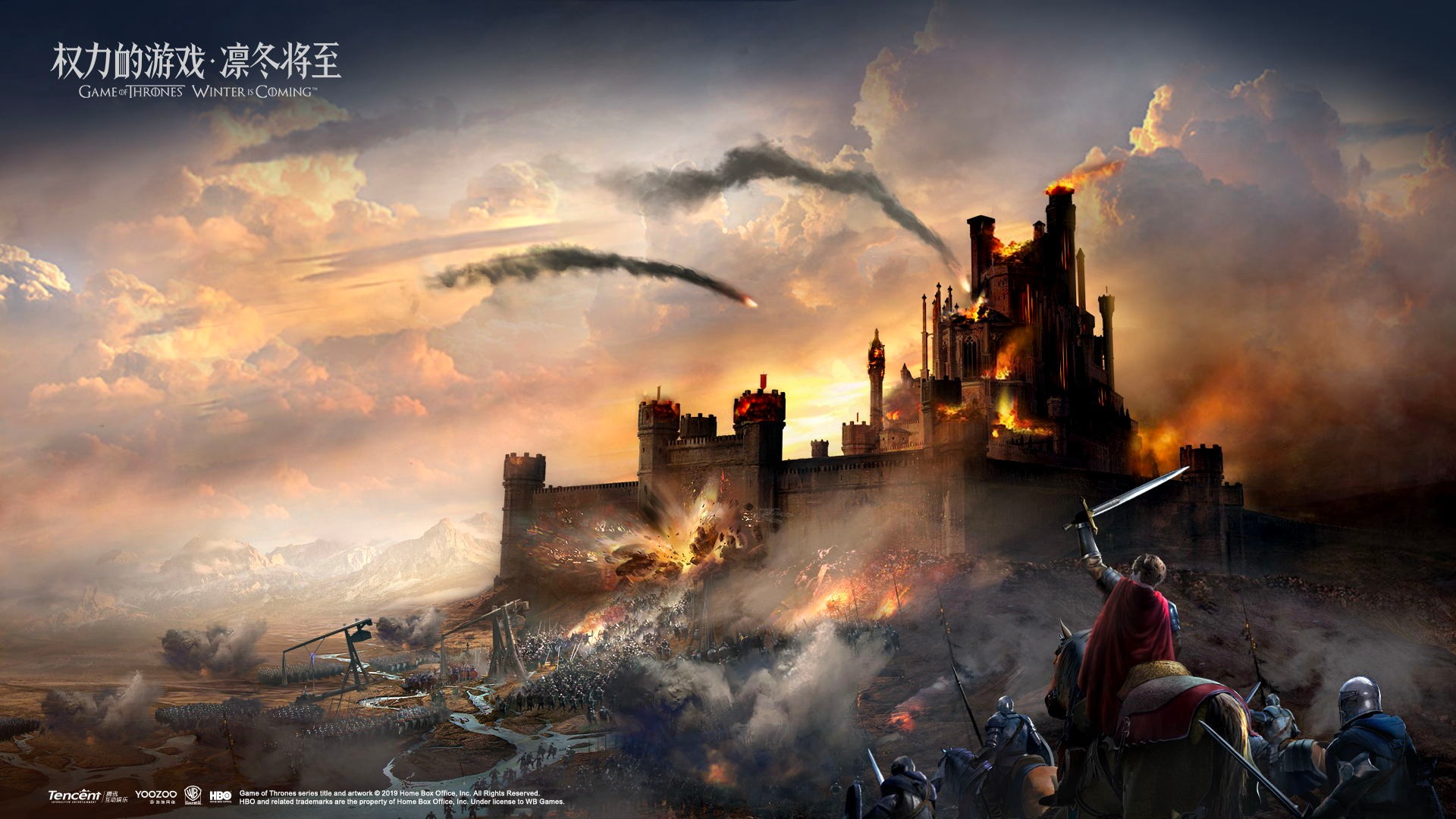 "Game of Thrones" IP has a huge worldview structure, complex character relationships, calculations, conspiracy and even betrayal, and the road to growth is step by step, which coincides with the strategic and social attributes of SLG games. Players will use the tactics and strategies to guard the territory or lead the troops in the capacity of one lord. In the GVG mode, the player will take the siege war to win the city pool as a unit. The strategy sandbox and 3D visual effects are epic battle scenes that allow the game to carry thousands of troops at the same time. Every step of your strategy will evolve into a real battle, bringing the perfect strategic experience. 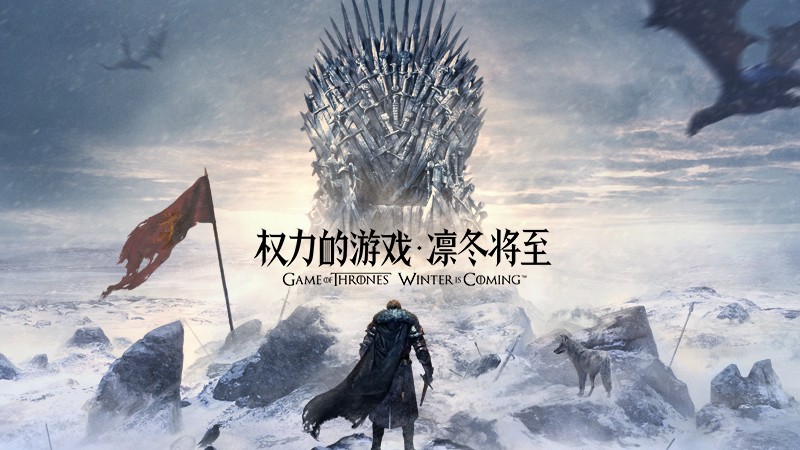 SLG's unique storyline system has become the best carrier for players to play strategies and relive the classic story of "Game of Thrones". The PVP mode "Heart Tree Trial" sets the original drama as a copy level. The player experiences the five kings battle, the blood color wedding, the dragon mother return and other plots as the protagonist, interacts with the characters in the play, and according to the strategy and tactics and the arms. The rule of law, with the arms, the formation of troops, can only pass the trial. 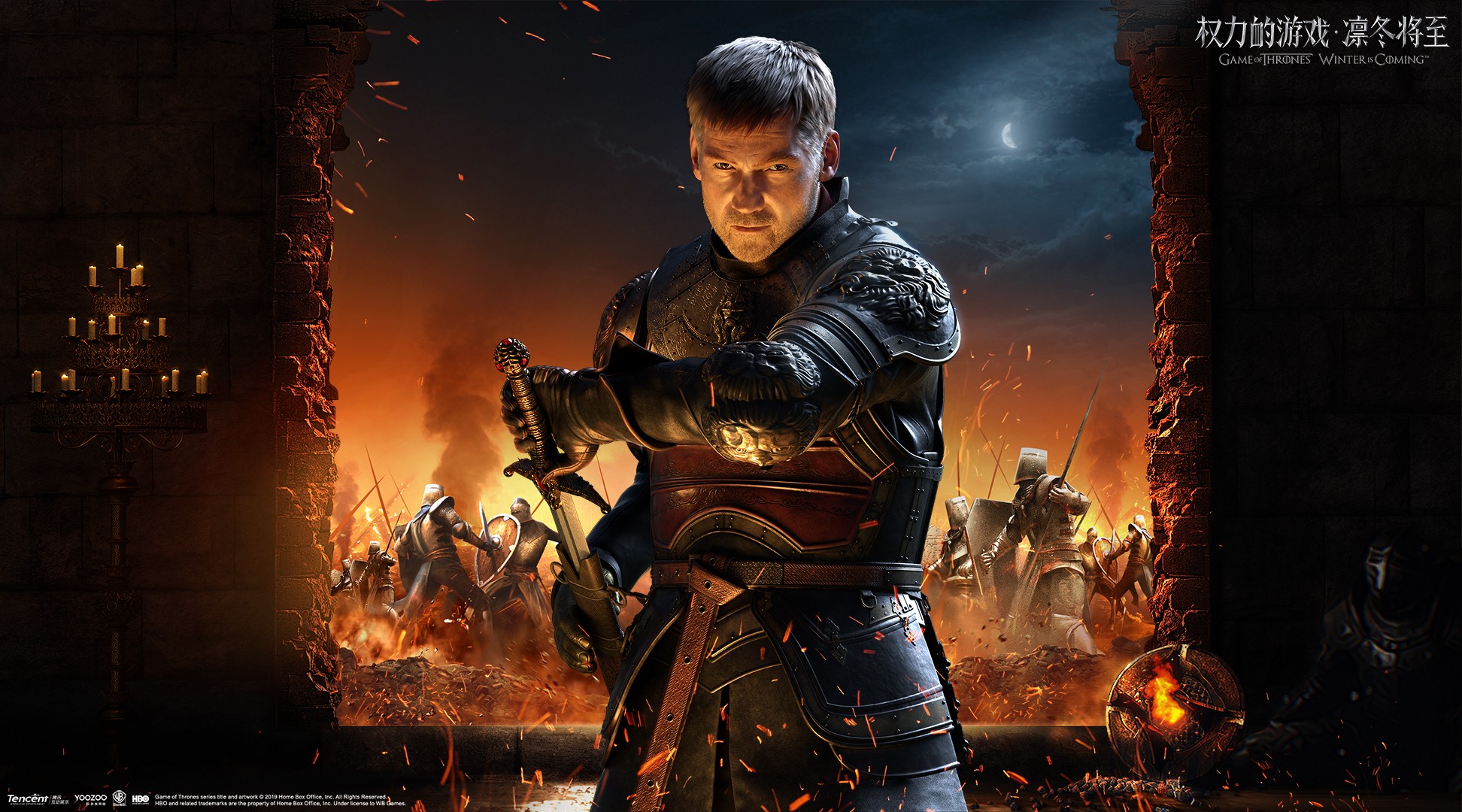 In the world of "The Game of Power is Winter", players can develop diplomatic relations with different family forces and gain a greater advantage in war. In the "family diplomacy" game, players can choose to "align" or "hostile" with 15 families such as the Lannister family, the Tangerian family, and the Stark family; by completing the commissioning tasks of the major families, the player can Develop diplomatic relations with major families; family diplomacy can bring different buff bonuses and mission rewards to players. The choice of more than ten family routes will be closely related to your game development path. Different combinations bring different buff effects. Combined with the distribution and use of many members of the alliance, the player will have an infinite freedom of operation space! 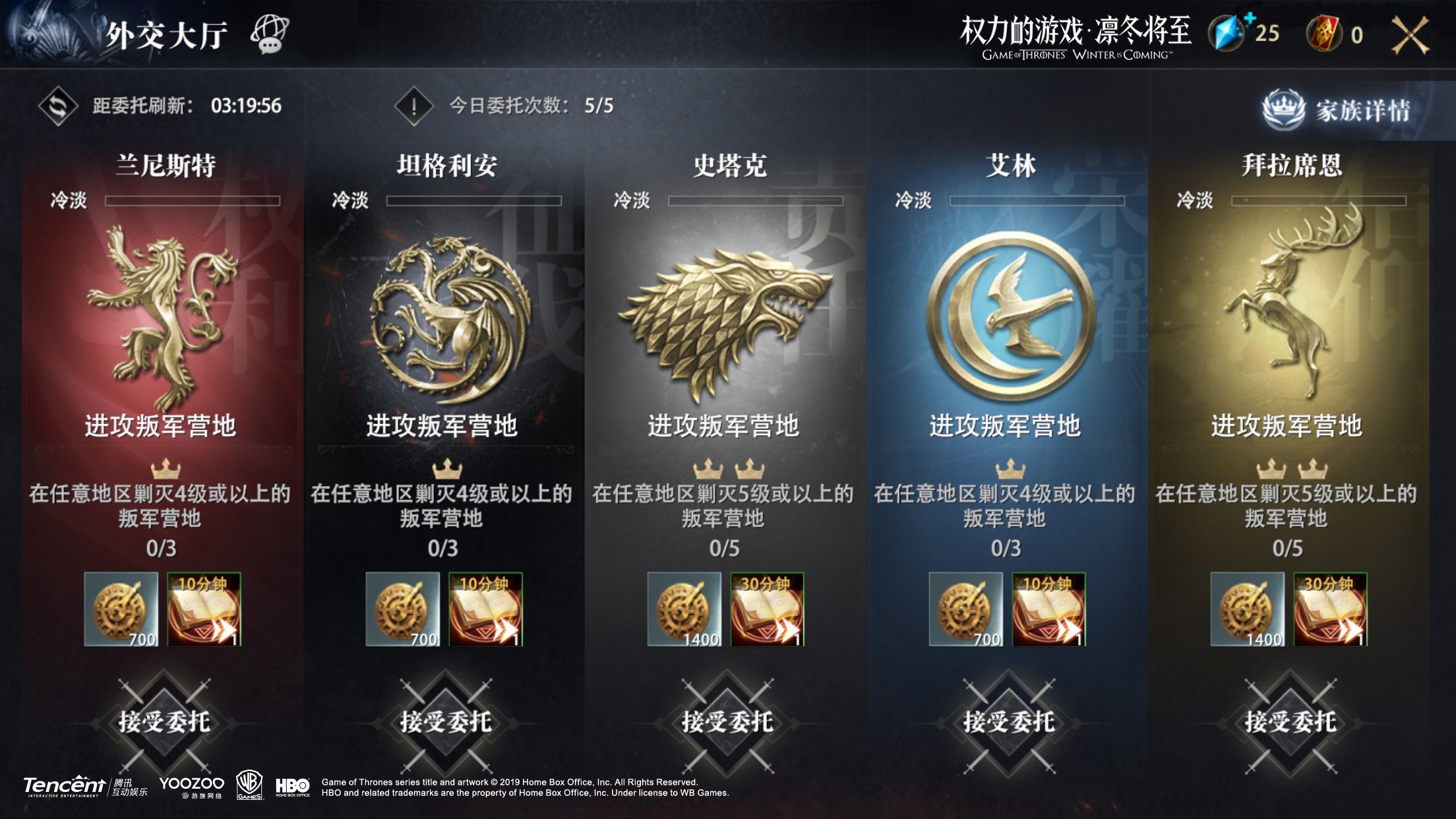 The assembly of the alliance is at this moment, writing your rights to the epic

In the mobile game "The Game of Power is Winter", the eight major families are each based on one party, and the major forces are even more entrenched. It is essential to join the alliance for development. Players can form alliances to establish diplomacy and dominate the direction of their own destiny; they can also join a party's forces to make a plan to dispatch troops to maintain a stable place.

Of course, the formation of the alliance is not a one-off, it is even more difficult to maintain the alliance and unite. In the alliance of players, not only the loyal loyalists, or the wise genius of the military, there will be lurking strategists who lurk in the enemy's undercover and pluck the military. Players will personally participate in the disputes of rights, to recognize people, to overcome all odds, and to write their own rights to the epic chapter! 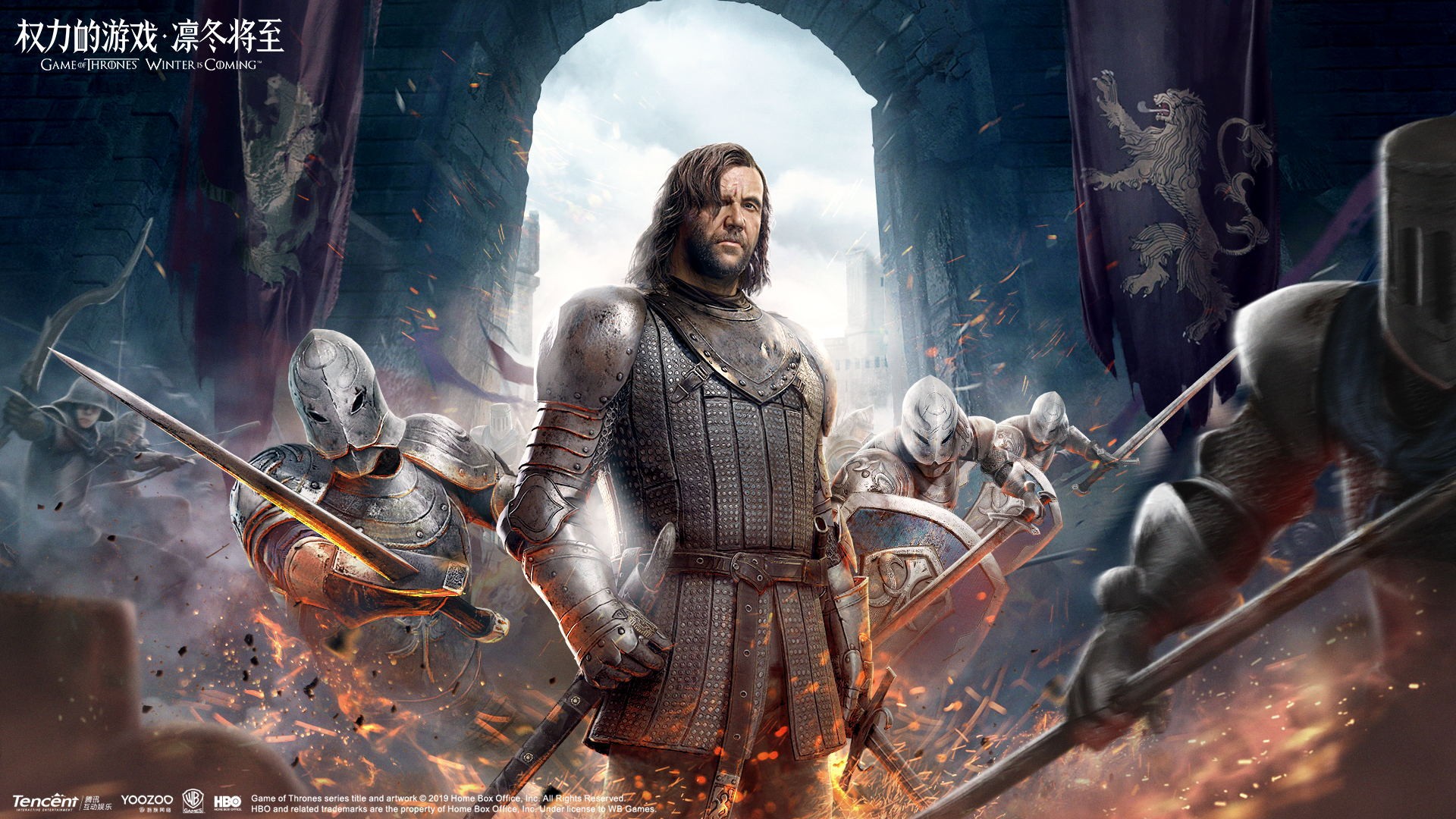 In the mobile game "The Game of Power is Winter", a new battle for the Iron Throne has just begun. Destiny is in your own hands, and every player is likely to go deep into the center of the vortex and become a key figure in this power game.

"The game of power is coming to the fore" is not officially opened today, the lords of all parties enter the original Westeros continent, perhaps to the king, you are the owner of the Iron Throne!

About the game of power, the winter is coming, mobile game

"The Game of Power is coming to the East" is a next-generation war strategy mobile game developed on the basis of the legendary epic TV series "Game Of Thrones". Under the genuine license, the game is based on the unique and realistic style of the series. The classic reproduces the historical features of Westeros, relying on the classic IP elements to restore, the ultimate game screen, and the creative strategy play. Players can manipulate the original classic heroes in the game, command the Legion, fight the Quartet, and write their own epic chapters.