The CFS 2017 world finals will be held in Xi'an from November to December 3rd in November. As a top event of competition in 11 countries and regions, CFS will attract the top cross fire professional teams from all over the world, and perform the annual Carnival Gala.

Due to the nature of its global participation, CFS's competitive performance has been improving year by year, with surprises and exploding spots continuing, and efforts to innovate and reform the competition system. Therefore, it is known as the "World Cup" across the line. 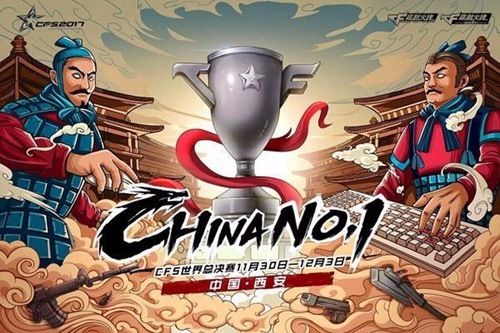 In January 22, 2016, conforms to the trend of development of mobile gaming, CFM beta in keen analysis of the Mobile Games audience, coupled with the "through the inheritance and development of the wire" on the IP, sought after by the majority of game player FPS. Although CFM in this era is just beginning, under the huge user base, QGC, WGC, TGA and other cups have been incorporated into the tournament, and a large number of spectators have been harvested, so the CFML professional league came into being.

Based on the choice and love of users, CFM has completed the difficult breakthroughs of other similar projects in a short period of two years. According to official data shows: 2017CFML occupation league match in the autumn of two months after the start in the amount of accumulation reached 100 million spectators. In addition, in August 3rd, this year's golden autumn season, the 2017 CFMI Asian invitational tournament opened in Shanghai, and launched the first shot of CFM in the international arena. It also provided protection and experience for the upcoming CFS 2017 world finals.

The CFS2017 world finals will bring the CFM tour Invitational Competition into the competition, which is the affirmation of the development of the CFM events and the necessity of the development of the times. According to Analysys, 2017 China E-sports market will reach 90 billion 800 million yuan (growth of 73.3%), in which the mobile gaming market size accounted for 53.7%. The size of China's E-sports market is expected to reach 130 billion in 2019. In 2017, China's E-sports users will reach 350 million (an increase of 40%), and it is expected to reach 430 million in 2019.

Although in the CFMI 2017 Asian Invitational, AG has defeated South Korea, Vietnam and other teams to win the championship, proving to the world the strength of China on the CFM project. But CFS, as a benchmarking international event that has been successfully held for many years, has a more profound significance to the Chinese war team by taking CFS's laurel. The CFS 2017 world finals hand tour invitational tournament has invited three teams from China, Vietnam and South Korea to compete in three countries. The team representing China is the AG team that has just won the CFML S3 championship. This time they are on the international stage of the CFS 2017 world finals, and whether we can inherit the strength of the CF end tour will be in the champion's income bag, and we will wait and see!